Sales. Revenue. Profit. These values are likely at the top of retailers’ list of priorities. But that list lacks a key factor. The customer. A retail marketer’s goal is to fulfill the objectives of both the business and the customer; therefore, our list looks more like this: entertain, inform, sell. Whether it’s presenting a solution to an individual’s problem, building a connection or driving them to action, these goals comprise the heart of every campaign, while the creative elements bloom brightly on the surface. An imbalance of these elements, such as campaigns that overtly demand a sale without connecting with the consumer, make it especially easy for retailers and brands to get lost in the noise. Here’s an inside look at how to effectively orchestrate projects to ensure these elements remain in perfect harmony.

Working closely with Orange Label’s Creative and Client Success Departments, Studio Director Kelsey Phillips oversees production to make sure client project expectations are set, met and exceeded. “The retail market demands a high aesthetic standard, but the creative also needs to meet the client’s business objectives,” Kelsey explains. One of the ways to guarantee this happens is through the infamous “creative brief,” which answers the 5 W’s and the H of each specific retail marketing campaign: who, what, when, where, why and how.

“Simple agency methods like this can provide the insight and clarity the project team requires to develop thought-provoking creative. It can also provide a space for the team to explore new ideas, answer challenging questions and stimulate new creative pathways,” Kelsey says.

But how much direction is too much when creating for a retail client? How little is too little? Senior Designer Micah Panzich, who has experienced both ends of the spectrum, weighs in. “With anything in life, it seems like the best results come from strong collaboration. This means the client having a clear understanding of the project and at the same time, the agency being able to demonstrate our expertise to facilitate the creative.”

“At some points, the assets available for the creative may determine what direction I take when moving forward. As a designer, you need to constantly adjust and be able to shift your ideas around many different variables,” Micah explains. No matter the logistics of the project, the core objective remains the same: getting the message across. “It is important to pay attention throughout the creative process so that the message and visual is effective in reaching the audience in an impactful way,” Micah says. Here are some examples of commercials, well-timed social posts and experiential ideas that balance objectives with creative to effectively drive an emotional response.

It is important to pay attention throughout the creative process so that the message and visual is effective in reaching the audience in an impactful way. Click To Tweet

On a day where entertaining commercials are as anticipated as the actual entertainment, and ad spots cost a mere $5.6 million per 30-seconds, there is an even stronger driving force to make your advertisement stand out. During the Super Bowl and every other day, “making funny and/or outlandish commercials may help a company cut through the advertising fuzz,” says Kelsey. Utilizing timeliness, audience nostalgia and humor, Fiat Chrysler’s 60-second Jeep Super Bowl commercial centered around the 90’s hit comedy film Groundhog Day with America’s beloved groundhog buckled in and riding shotgun in Murray’s brand-new Jeep.  Not just another celebrity-endorsed commercial, this ad featured the film’s leading actor Bill Murray as well as supporting actors Stephen Tobolowsky and Brian Doyle Murray, and appropriately aired on Groundhog Day. Wonder if that was on purpose?

One minute you’re liking a post that a family member or influencer shared, and the next your feed is filled with images of the latest viral phenomenon. From people taking videos of their brooms standing on end to debates over what color an item of clothing is, the internet is fast and so is the rate at which trends disappear. “Playing into a relevant social media or cultural trend can add decibels and frequency to your brand,” Kelsey says. Demonstrating creative product placement, Hostess Snacks used the Solar Eclipse as an opportunity to aptly market its Golden CupCakes, using the sweet treat to block out the sun in a Tweeted image that “declared it the official snack cake of the eclipse.” Confectionery competitor MoonPie quickly redirected the conversation by tweeting an enlightened reply: “Lol ok.” This simple, clever response generated nearly 700,000 likes and retweets, while the former generated 9,000.

In July, Taco Bell gave it’s “live más” slogan a new meaning when it announced its pop-up hotel in Palm Springs. Presenting hotel guests with the opportunity to do just that, The Bell hotel featured hot morning yoga, dive-in movies, an on-site salon and exclusive Taco Bell menu items. The four-day pop-up hotel was completely booked in two seconds, demonstrating the allure of pop-up shops: urgency, the fear of missing out (FOMO) and, of course, connection. Promoting a variation of experimental design and demonstrating the magic that comes when copy, design and story come together, Chick-fil-A’s humorous cow campaigns featured three-dimensional cows that “took over” billboards, water towers and more with phrases that told passersby to, “eat mor chickin.” After 22 years, the company decided to periodically release the herd into the pasture in 2016 in pursuit of a “cow-plus” marketing strategy that encompasses the brand in its entirety, further illustrating the importance of big-picture branding and messaging.

From concepting to creation, no step of the creative journey is small enough to skip when it comes to crafting creative that contributes to a brand’s big picture. “By looking at the creative and asking yourself if it could be better in any way, or by asking if it is clearly communicating the message in an impactful way,” we make each retail marketing campaign unique and special for our clients, Micah says. Learn more about how we produce creative that informs, entertains and sells: https://orangelabeladvertising.com/retail/ 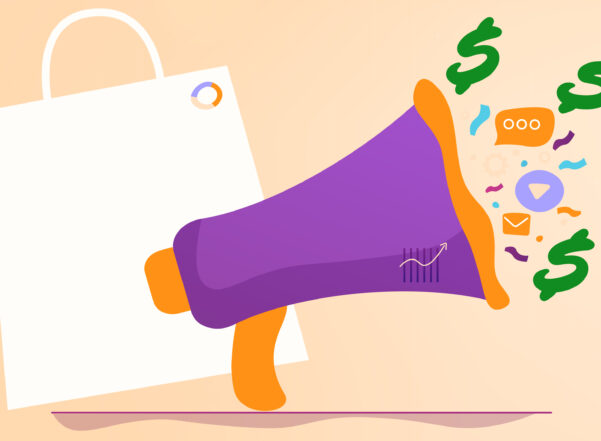 Retail Budgeting: Put Your Money Where Your Marketing Is