Super Bowl Advertising: Everything You Need to Know About the Big Buy

Each year, millions of viewers tune in to watch the Super Bowl and advertising agencies spend a small fortune to obtain a coveted ad spot during the game. In recent years, the viewership of the NFL Championships has hovered around 100 million people, with the 2018 Super Bowl LII coming in at a whopping 103.4 million viewers. In fact, every Super Bowl from 2010 to 2018 has ranked in the top 10 most watched American television programs of all time, only to be surpassed by the series finale of MASH in 1983. Because the Super Bowl is so widely viewed, this is an opportunity for marketers to shine by displaying their most creative, funny and daring ad concepts. How could we ever forget Wendy’s “Where’s the Beef?” or, more recently, Volkswagen’s “The Force?” But before these commercials can even reach target audiences, they must first undergo a rigorous selection process to secure this coveted ad space.

A 30 second-spot during the Super Bowl costs upwards of $5 million, that equates to the same amount of money it would cost to reach 2 million people on Facebook or buy 2.6 million paid search clicks on Amazon. So, what makes buying an ad space in the Super Bowl worth it? As we previously mentioned, over 100 million people spanning every demographic watch the Super Bowl and 50 percent of those viewers actually pay more attention to the commercials than they do the game. The Super Bowl is one of those rare times of year when people want to sit down and watch all the commercials rather than fast forward through them. This is why CBS ad sales chief Jo Ann Ross and her team began selling ads for Super Bowl LIII immediately after Super Bowl LII ended and also why Anheuser-Busch InBev bought five minutes and 30 seconds of airtime for Super Bowl LIII.

This year, Anheuser-Busch’s purchase of one 60-second ad, four 45-second ads and three 30-second ads is projected to cost them over $25 million. But, before you ask, “Is that multi-million-dollar purchase really worth it?” remember that the impact of Super Bowl advertising continues after game day is over. According to Jeffrey Dorfman of Forbes, the majority of companies purchasing air time carefully put together matching digital media campaigns to attract millions of additional viewers. Super Bowl ads also create both word-of-mouth discussions and online conversations days after the big game airs. Everyone has a favorite commercial and this dialogue leads people to further engage with the content on YouTube, Facebook, Instagram, Twitter and other social channels. You can find countless compilation videos on YouTube that depict the 10 best commercials from each Super Bowl – one in particular has over 16 million views, which goes to show that a successful Super Bowl commercial will generate return far greater than the initial views.

Buying a commercial spot in the Super Bowl may be a gamble, but, for some companies, it has provided an exceptional return on investment. Within three months of Apple airing their iconic “1984” commercial during Super Bowl XVIII, it had contributed to the sale of about $150 million worth of Macintoshes. In addition to monetary success, brands also find value in the brand recognition earned from Super Bowl ad space. When you hear someone say “Whassup?” do you think of Budweiser? Does Betty White playing football make you think of Snickers? Memorable ads like these are what keeps brands top of mind for consumers.

So, is purchasing ad space during the Super Bowl worth it? Well, if you have the budget and team to back the rigorous selection and production process of purchasing and creating a Super Bowl ad, then the answer is yes. 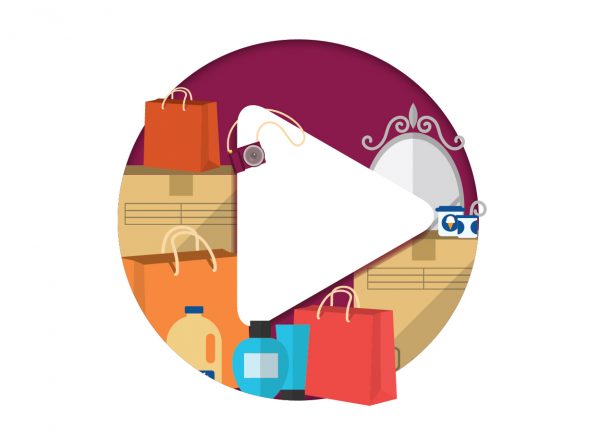 Press Play: 4 Ways to Engage Your Shoppers with Video