The Psychology of Shopping: How Marketers Can Tap Into Black Friday

Black Friday. You might love it. You might hate it. No matter how you feel, Black Friday is going to roll around after we’ve finished stuffing ourselves with turkey and mashed potatoes. It turns out that around the dinner table you’ll actually be able to explain the psychological reasoning behind your feelings on the shopping event of the year.

In 2018, the combined online sales for Thanksgiving Day and Black Friday almost totaled ten billion dollars. 165 million people shopped in store that weekend. Marketers should be paying attention to the reasons behind why this event in particular makes people come out in droves, with their wallets open.

Urgency is a Deciding Factor

The average U.S. consumer spends a whopping $5,400 on impulse purchases each year. Of those people who spend on impulse buys, 85 percent said that their impulse decision was affected by the offer of a discount or a deal. This type of buying is called opportunistic purchasing, and it factors heavily into the buying process, especially when it comes to purchasing something that wasn’t planned in advance.

Black Friday is the king of offering deals to consumers, where it’s understood that deal might be here today and gone tomorrow. With that in mind, the shopper has to make a quick decision. When presented with an item they know they can come back to, there’s no overarching sense of urgency. A flash sale caters to opportunistic buying, and can be replicated in marketing copy. Using “act now” language effectively conveys that the buyer needs to quickly make a decision, potentially driving sales. “Only a few left in stock,” “Coupon expires in 24 hours,” or “Two day sale” are all good examples of ways that Black Friday plays upon the psychological need to make timely and cost-effective decisions.

Black Friday presents an opportunity like no other consumer holiday, because shoppers are all aware that they are part of the same experience. A study from Eastern Illinois University on Black Friday crowds showed that being surrounded by other shoppers actually positively affected an individual’s experience. People like feeling as if they belong to something, and coming together for a Black Friday event creates a sense of community.

Stores who create a shopping experience for buyers to interact and participate with one another, such as Macy’s and Target, are famous for their doorbuster deals and their Black Friday success. Online retailers can target this sense of belonging by using community driven language, and encouraging people to participate by sharing the deals they scored using social media, specific hashtags, or posting to a certain page.

The Fear of Missing Out Adds to Sales

Whether you realize it or not, a large portion of your shopping decisions are made due to fear or regret, or fear or missing out. No one wants to decide to skip Black Friday, just to hear their neighbor bragging to them about how they scored a plasma screen TV for 75% off regular price. The American Psychological Association conducted research which concluded that we make decisions based upon our fear of potential future regret: the pain felt from having spent too much on a television.

At the same time, consumers also pursue pride as a major influencer when it comes to purchasing, because people want to be able to declare their accomplishments. Along those lines, the pleasure of saving $100 actually has been shown to not measure up to the pain of having spent too much. Tapping into these emotions is a powerful marketing tool that shouldn’t be ignored. Presenting a good deal as a way to stop the consumer from feeling future regret might mean the difference between a sale or a page bounce. When a buyer clearly understands their needs and sees a product that can meet them, that’s where the sale is made.

When we’re anticipating making a purchase, the neurotransmitter dopamine is released, signaling to our brain that we just received a reward.

“Any time people shop and they find a great deal, there’s that psychological joy of pleasure,” says James Mourey, consumer scientist assistant professor at Driehaus College of Business at DePaul University in Chicago. The reward center is activated when consumers see something that they like, but conversely, the insula, which processes pain, is activated when they see a high price tag.

Dopamine levels play an important role in the regulation of anxiety, and getting a boost of dopamine can help stabilize or even lift our moods considerably. With Black Friday providing so many opportunities for a rush of dopamine, providing deals plays with our reward centers and make us more likely to make a purchase.

Marketers are already constantly trying to play to their target audience, but Black Friday brings on a unique audience of its own. Black Friday shoppers can be divided into people who like or dislike the event, according to Goal Theory.

Experimental evidence suggests that most shoppers are motivated with a goal in mind. That group can be subdivided into social shoppers and individualistic shoppers. Social shoppers will find a group of people to be psychologically invigorating, while the other group views them as a roadblock. Catering to both groups is the formula for success: social experiences in brick and mortar stores combined with online deals creates a solution for shoppers across the board.

Entering into the buying process is an emotional decision. Analyzing the psychological impact that a huge shopping event like Black Friday can have on consumers is critical in understanding how to use marketing to a retailer’s advantage. No matter what is being sold, identifying the psychology behind that purchase and creating a campaign according to that psychology not only makes a product relatable, but helps it to stand out amongst the crowd. 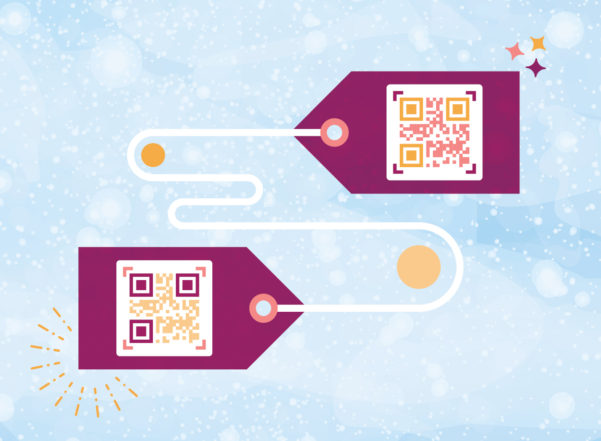 3 Marketing Insights We Can Learn from Black Friday 2018